Illusions, engagement rings and wedding rings: do you know their meanings? 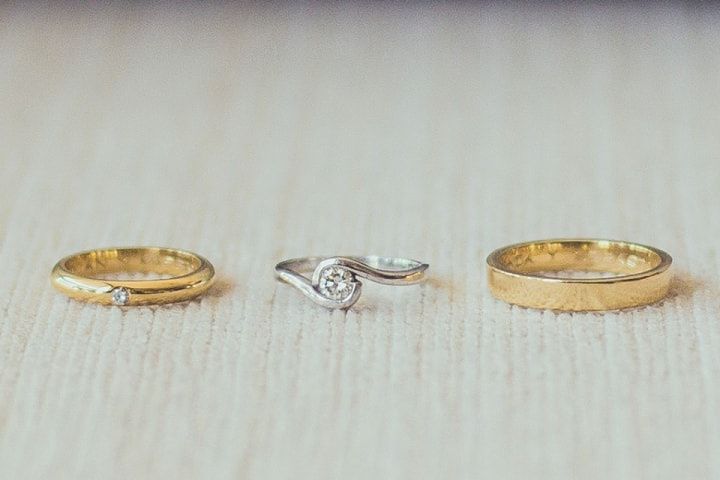 Although some wedding traditions have been lost over time, there is no doubt that the act of exchanging rings is still more relevant than ever. In fact, many couples still wear their illusion and wedding rings, while the engagement ring is still one of the most romantic moments. Don't you know the difference between illusion, engagement and wedding rings?Here we tell you all about these rings so you know how to wear yours and when to give them as a gift.

The history of the rings 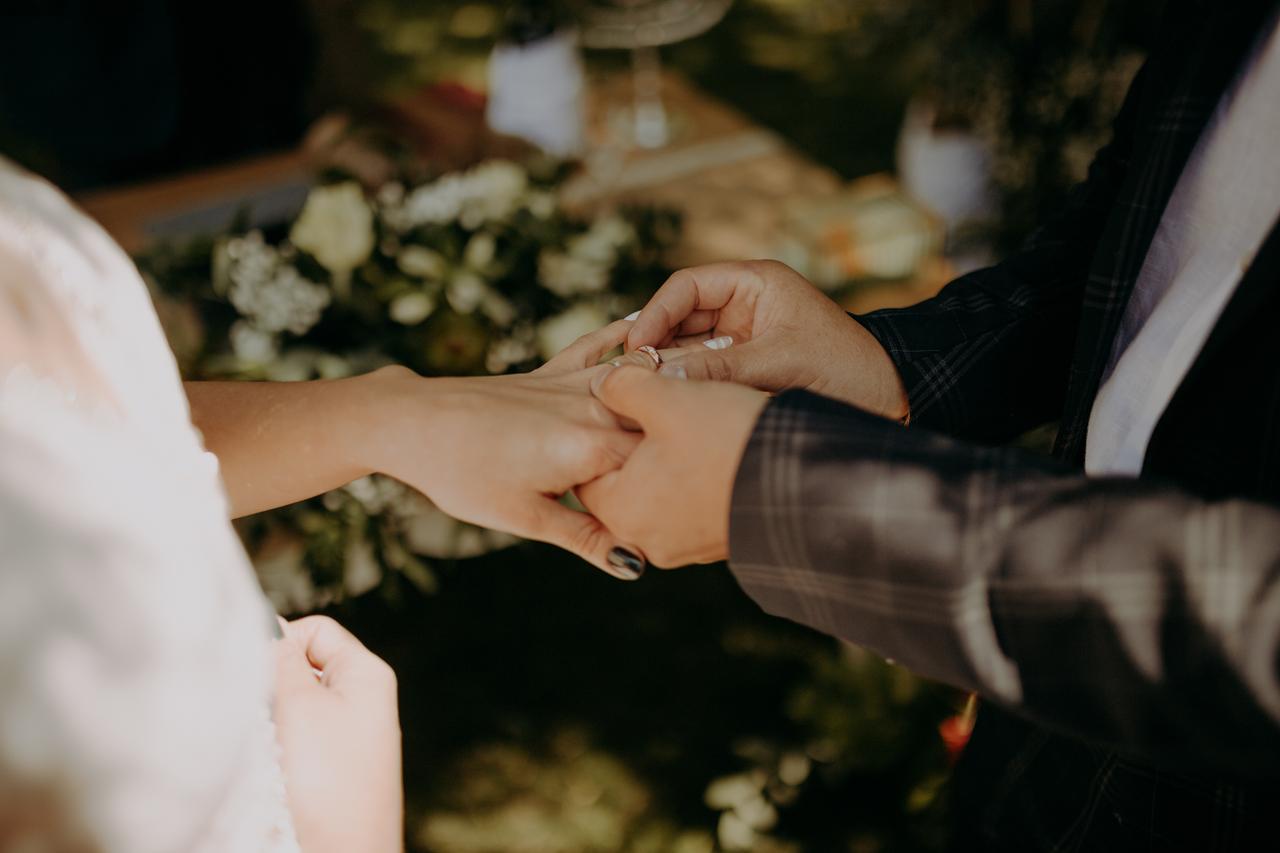 See_also: Do's and don'ts for a bachelorette party

In the year 2,800 BC, the ancient Egyptians already used rings in their wedding rites, because for them the circle represented a perfect figure The Hebrews adopted this tradition around 1,500 BC, the Greeks extended it and many years later the Romans took it up.

With the arrival of Christianity, the tradition of the rings was maintained However, it was in the 9th century when Pope Nicholas I decreed that giving a ring to the bride was an official declaration of marriage.

In the beginning, the rings were made of hemp, leather, bone and ivory, but with the passing of time and the knowledge of metals, they began to be made of materials such as iron, bronze and gold, the latter being especially valuable for being the most noble and durable, symbol of an eternal commitment.

But, the million dollar question is, on which finger do illusions, engagement and wedding rings go? and the answer is on the ring finger According to an ancient belief, the fourth toe is the fourth toe of the finger. connects directly to the heart by means of a valve, which the Romans called the vena amoris or vein of love. 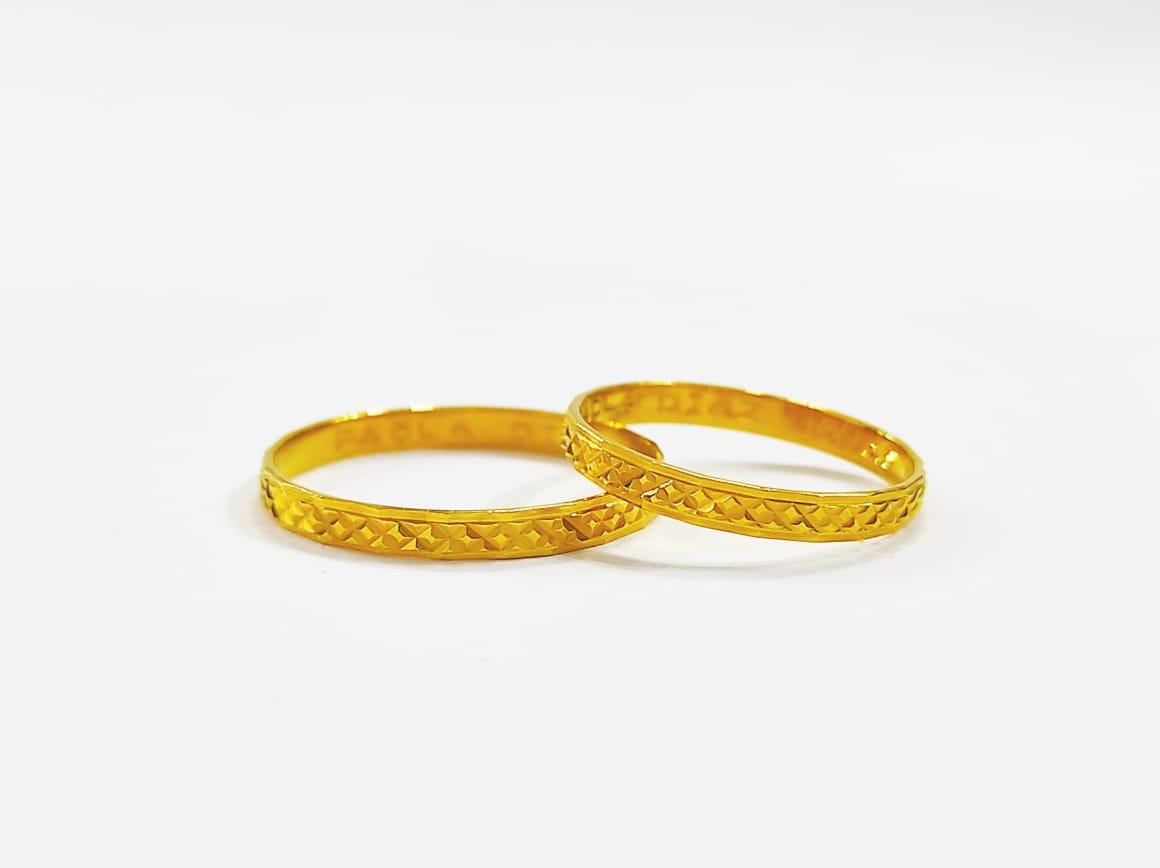 Illusions are placed when a couple decides to formalize a relationship These are usually thin gold rings worn by both the man and the woman on the ring finger of the right hand, but do not necessarily indicate an intention to marry in the short term.

Putting on the illusions is a Chilean tradition linked mainly to the Catholic religion and tends to be celebrated in the c with an intimate family ceremony, for example, with a blessing of the illusions by a priest or deacon.

For her part, when the engagement ring subsequently arrives, the bride should wear both on the same finger respecting the order in which you received the rings.

However, there is an old superstition that tarnishes the use of illusions and says that whoever wears the illusions, only gets the illusion. The origin of this belief is unknown, but there are still couples who are influenced by this supposed bad omen, although many others do not take it into account. 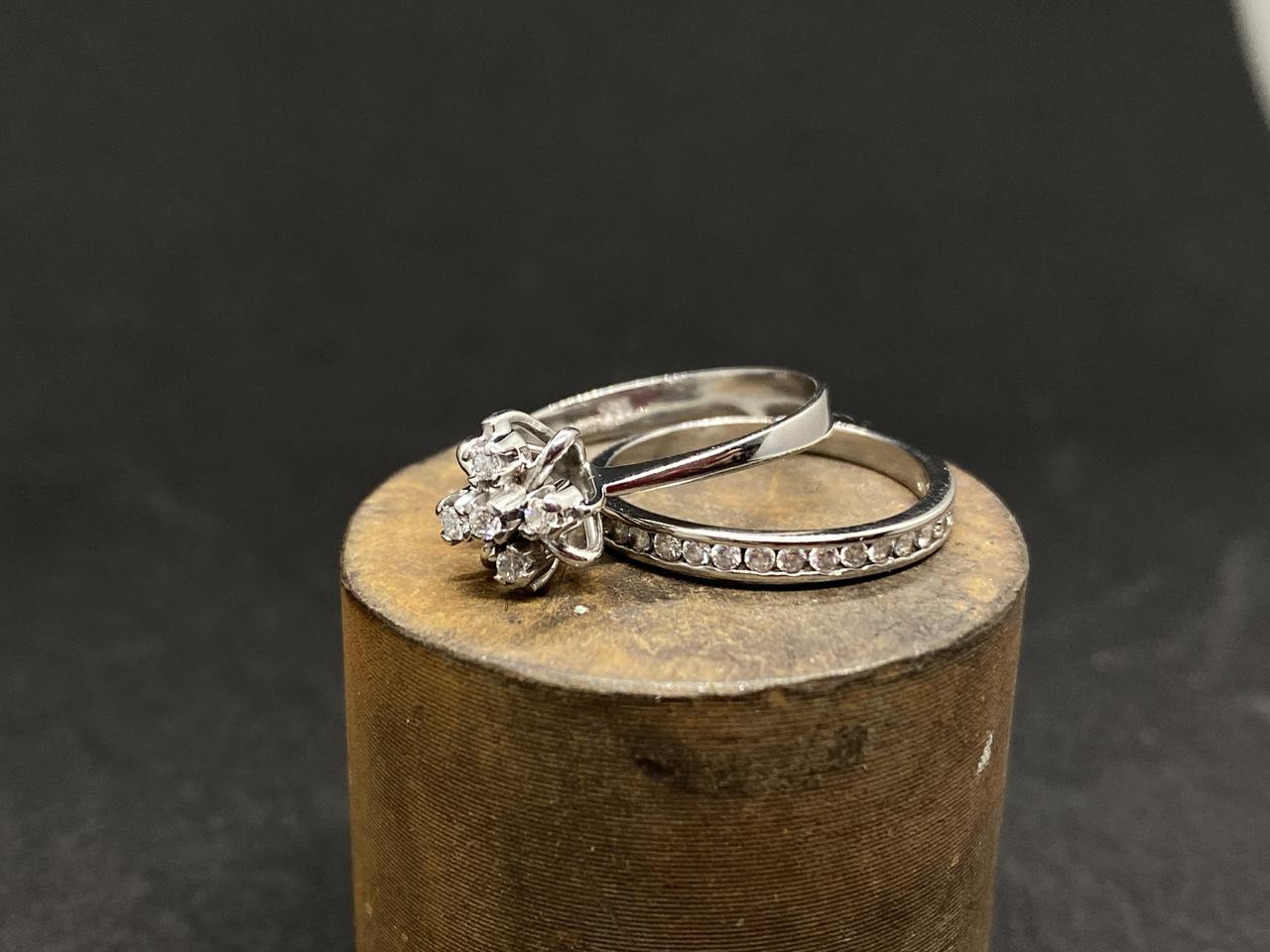 Delivered at the time of the proposal The tradition was started by Archduke Maximilian of Austria in 1477, when he presented Maria Burgundy with a gold ring encrusted with a diamond as a token of his love.

And although today there is a variety of shapes and designs, the engagement ring usually has a diamond, because it is an indestructible stone, as it is expected to be also that love. The circular shape, meanwhile, responds to the idea of having no beginning and no end.

The engagement ring is usually worn by the woman on the right ring finger and, after the marriage ceremony, he transfers it to the left hand next to the marriage one, leaving first the engagement one and then the wedding one.

Nowadays, white gold or palladium rings are very popular to propose marriage; while the bride, in response to the request Although these traditions have been adapted to each couple.

In Chile, according to official data, an average of between $500,000 and $2,500,000 is spent on an engagement ring to ask for the hand, while solitaire or band type diamond rings are the most requested, as they are timeless designs that maintain their good quality and do not go out of fashion. 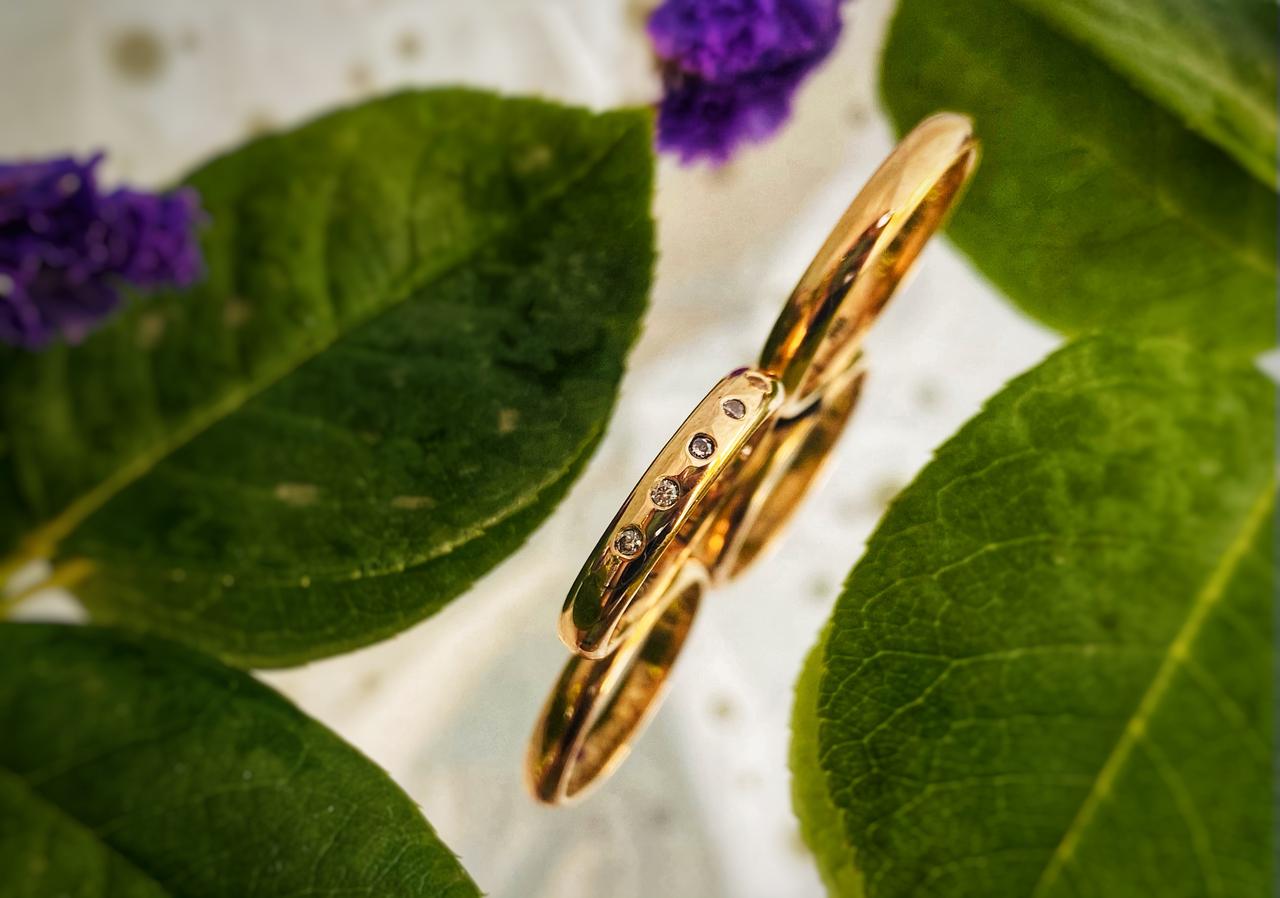 Although it may vary according to the tradition of each country, in Chile, the wedding ring worn on the ring finger of the left hand It should be noted that it was the King of England, Edward VI, who made official the use of the wedding ring on the left hand in the sixteenth century, alluding to the fact that on that side is located the heart, a muscle that represents life and love.

When and on which hand are they placed? If the couple is getting married only in a civil ceremony, they should start wearing their wedding rings on the left hand. However, if the couple is getting married in a civil ceremony and then in a church, regardless of the time in between, most couples prefer to wait until the religious ceremony to exchange their wedding rings. Another option is to wear it on the left hand.right after the civil marriage and change it to the left once married in the Church.

See_also: 7 tips for adding a winter touch to your wedding decorations

On the other hand, it is possible to find rings of different prices, but generally cheaper than engagement rings. In fact, you will find cheap wedding rings from $100,000 a pair, although their value will be relative depending on whether they are made of yellow gold, white gold, platinum, silver or surgical steel, among other metals. For example, two-tone rings are very fashionable these days, with rose gold andWhile silver rings are an alternative that seduces more and more couples for their versatility and lower cost.

Traditionally, the wedding rings were engraved with the name of the date of the wedding and/or initials of the bride and groom However, nowadays it is used to personalize them by inscribing beautiful love phrases that are special for each couple.

Now you know which hand each ring goes on, when it is delivered and its meaning; so the next step is to decide whether to buy or have it custom made. Check in detail all the options of rings that you can find in our directory and remember to always be true to your style.

Still without wedding rings? Request information and prices for Jewellery from companies near you Request information
Previous post 8 ideas to propose at home
Next post 7 tips for adding a winter touch to your wedding decorations

Evelyn Carpenter is the author of the best-selling book, All you need for your marriage. A Marriage guide. She has been married for over 25 years and has helped countless couples build successful marriages. Evelyn is a sought after speaker and relationship expert, and has been featured in various media outlets including Fox News, Huffington Post, and more.